Besides my beloved Willow, we also have Josie (on the scratcher, a maine coon who is actually my real Josie in real life). Then Coal the youngest boy whom we adopted only in the Sim world. In other words, in real life I have Josie and Willow. In Sim life I have an extra cat, Coal. Little Will-Bill is the youngest (not pictured).

Incidentally, Willow and Coal had one litter of three long ago, which were given away. Josie Simcat is an elder and on her last days. (In RL she’s only 9 and just approaching her neurotic elderness.)

Here is Tegan, the youngest daughter. She will age to child soon. She was actually aged in the previous save which I lost, but I had to use an old save and retrain her. 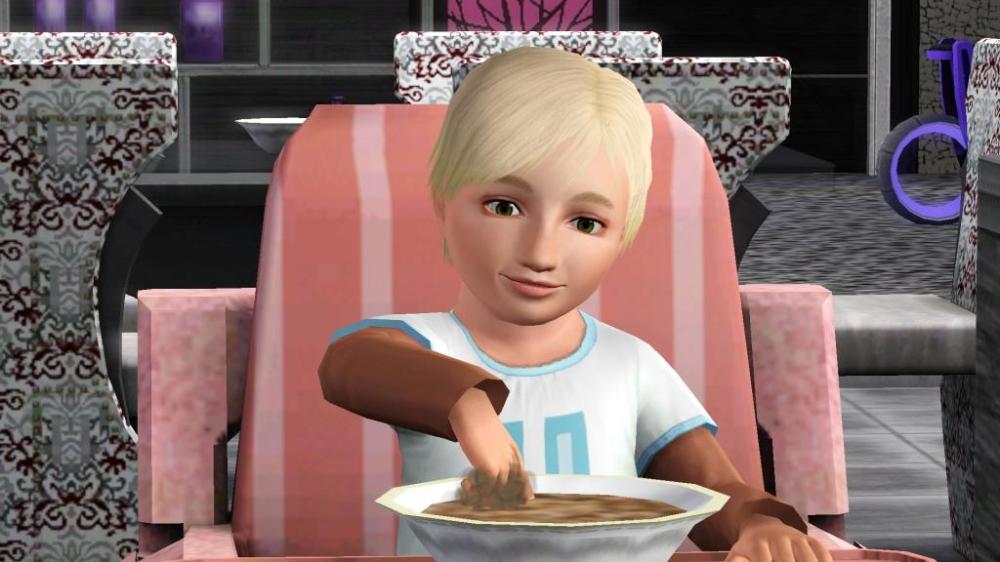 I can flip like a pro! Though it’s not a pancake.. I have no idea. 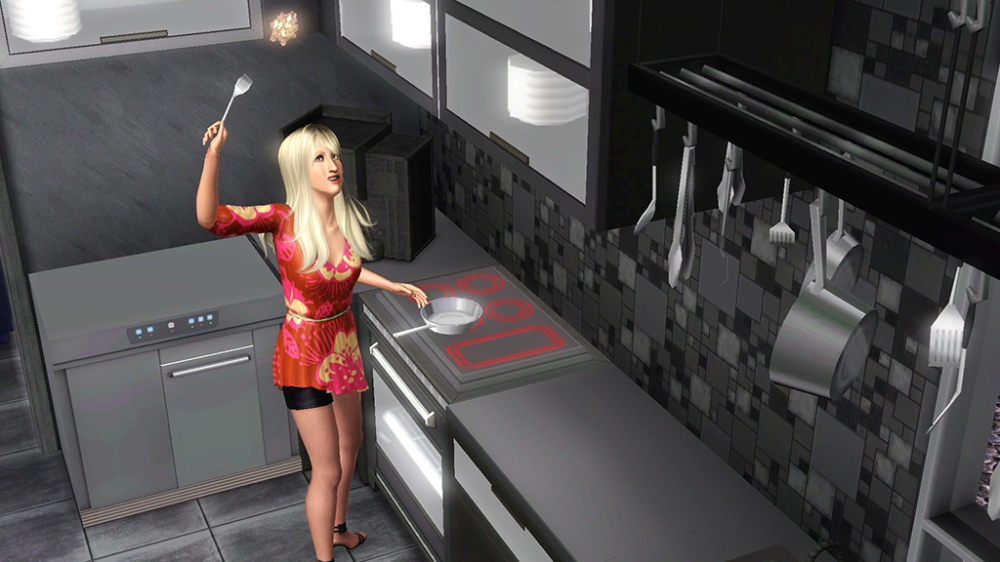 Oh, this is what it was. I think it’s cheesesteak? 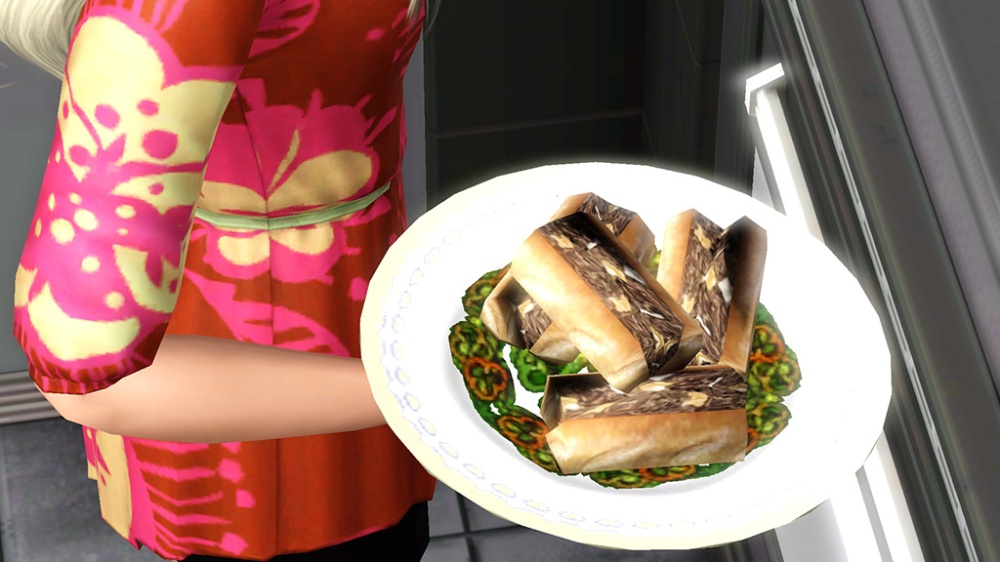 Grayson likes to play chess online. He is a little genius.

I got Garrick a new shirt and he was thinking about ghosts.. and stuff. (Get the reference?)

Garrick took out Jemma’s bike because she had the car. 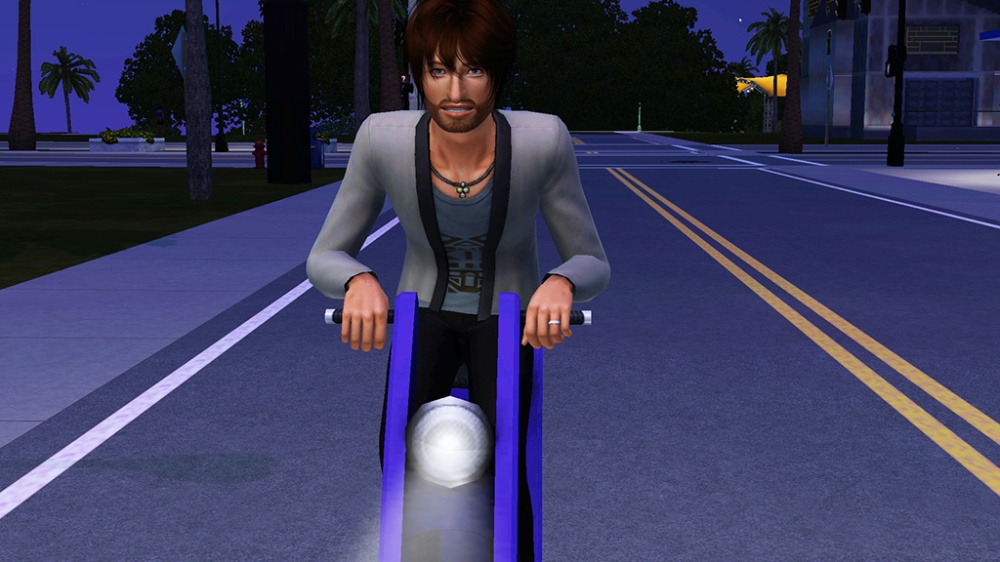 I totally redid Jemma’s room. She had shared with her brother as kids but took one of the upstairs rooms when she aged, and it was blah boring black and grey. Now she loves it!! 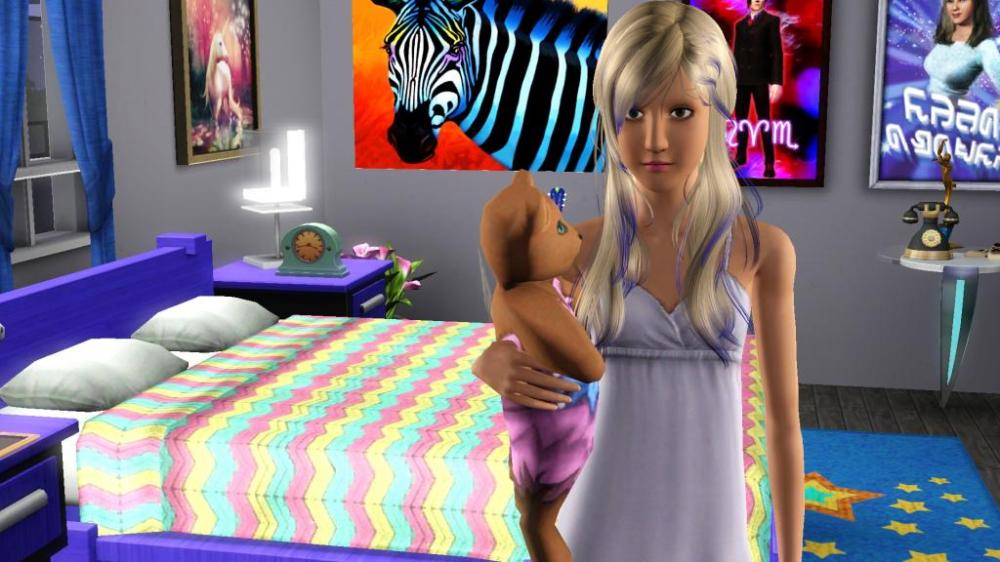 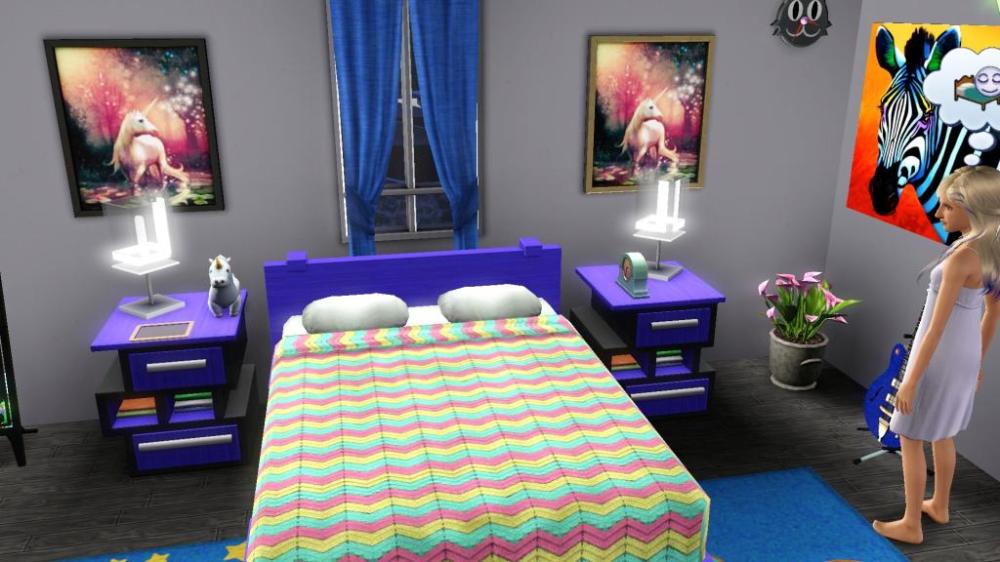 I gave her a bear collection.

On the stand is her ballet trophy and shoes, which she is quite proud of.

Nostalgia pic.. remember this, little Jemma showing off her plies. 🙂 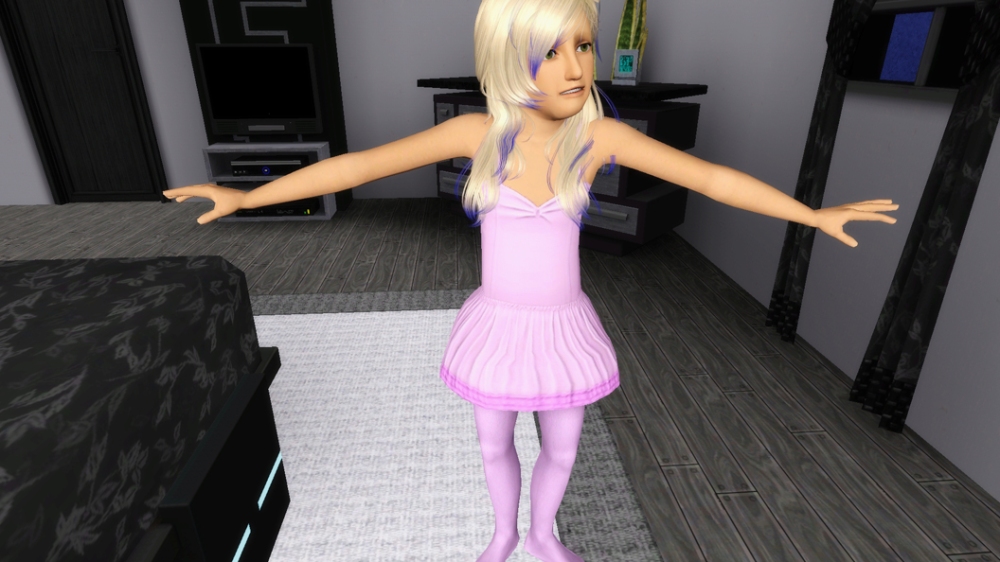 More nostalgia – Jemma as a bebe. 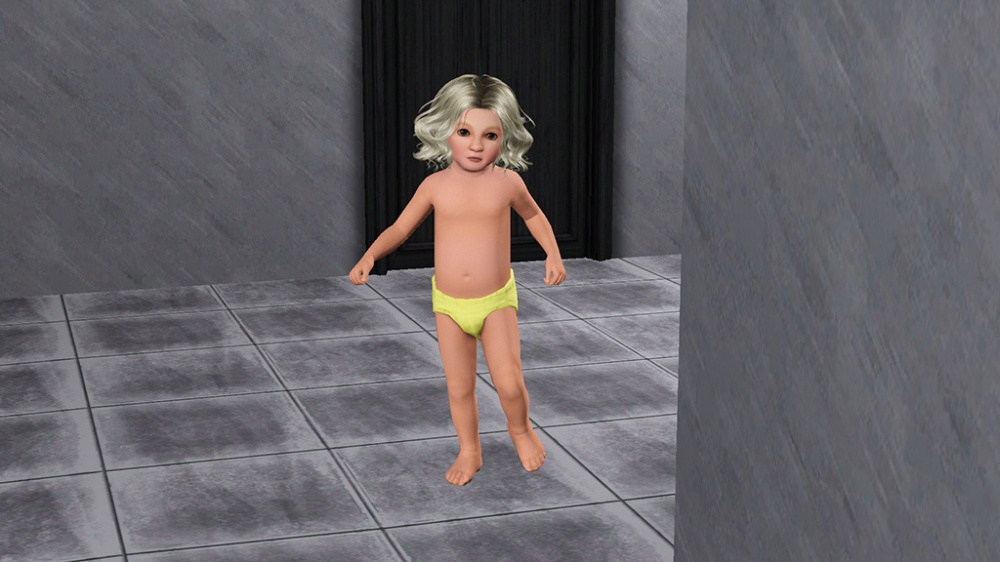 Back to the present, Jemma goes to school and there’s not one, but TWO cute new guys!!

On the right of course is Stevan. The guy on the left is one I created by genetics out of Tobias York (from my Jonso story) and a slightly Asian-looking girl Sim I made a while back. I placed him in the town at the same time as I did Stevan. I think his name is Derrick Wen.