We’re celebrating Snowflake Day in July. Cause why not! Garrick had just finished putting up the tree. Nicely decorated too! I suppose the kids helped him. Not me, I didn’t want any part of that old tradition.

Garrick: “Behold, such a wintery delight!” 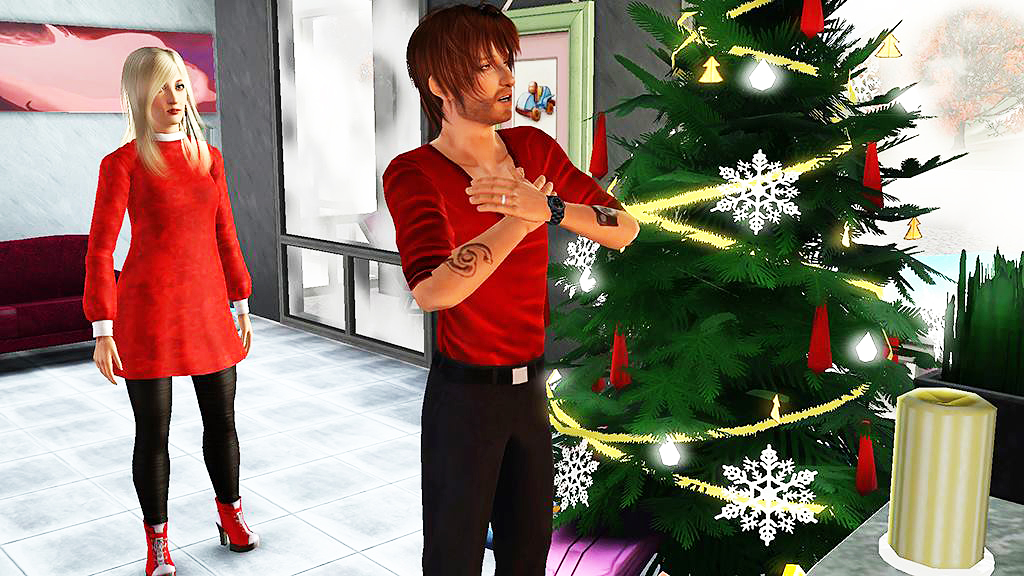 “The sparkly snowflakes and lustrous tendrils of—“ 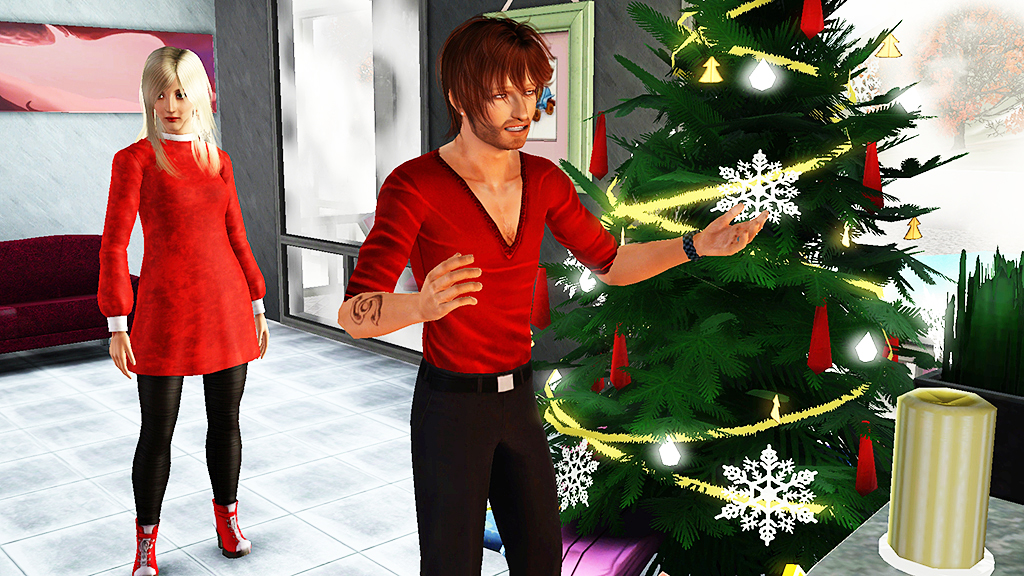 Shar: “You had to put the word lust in there, didn’t you?”

Garrick: “It means shiny… you know, having luster.” 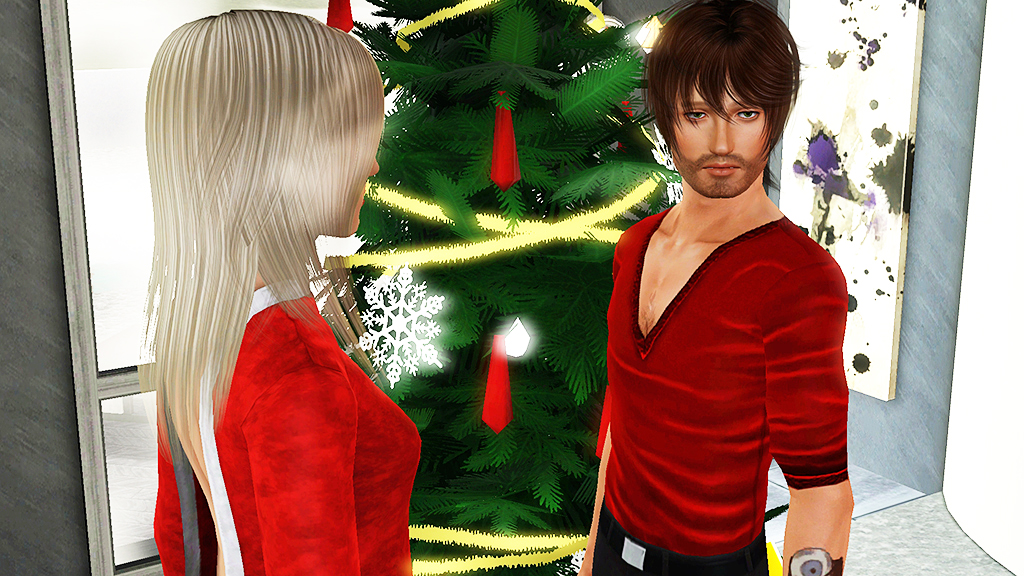 Garrick: “So, what do you think? Isn’t the tree beautiful?”

“It’s okay. I just hope you got a present for me under there.” 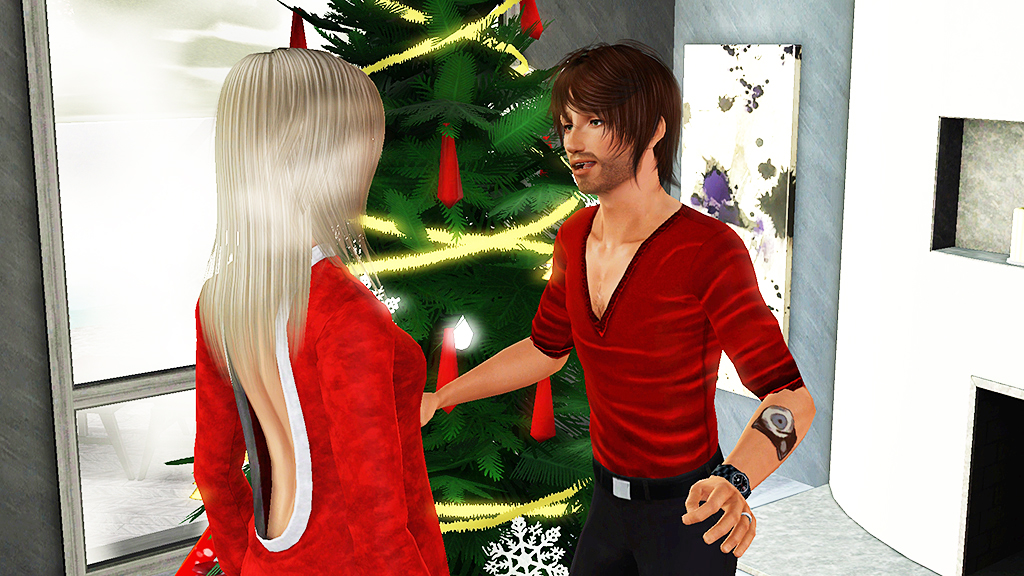 “My love, you can have everything in the world that you want! Just say the word and it’s yours!” 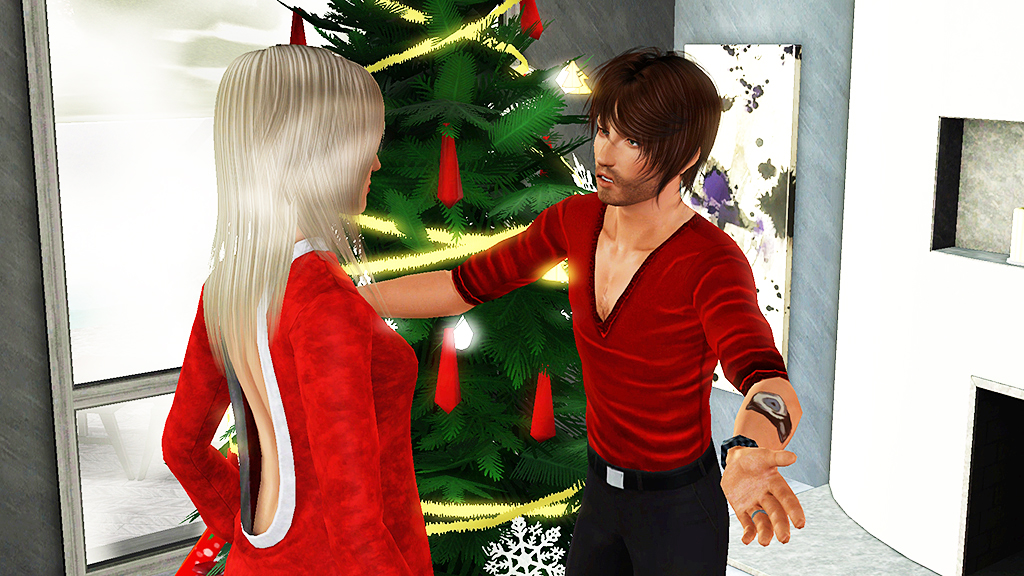 “Great! Can I have a new computer? And the latest and best video card? What is it now, the RTX3080?” 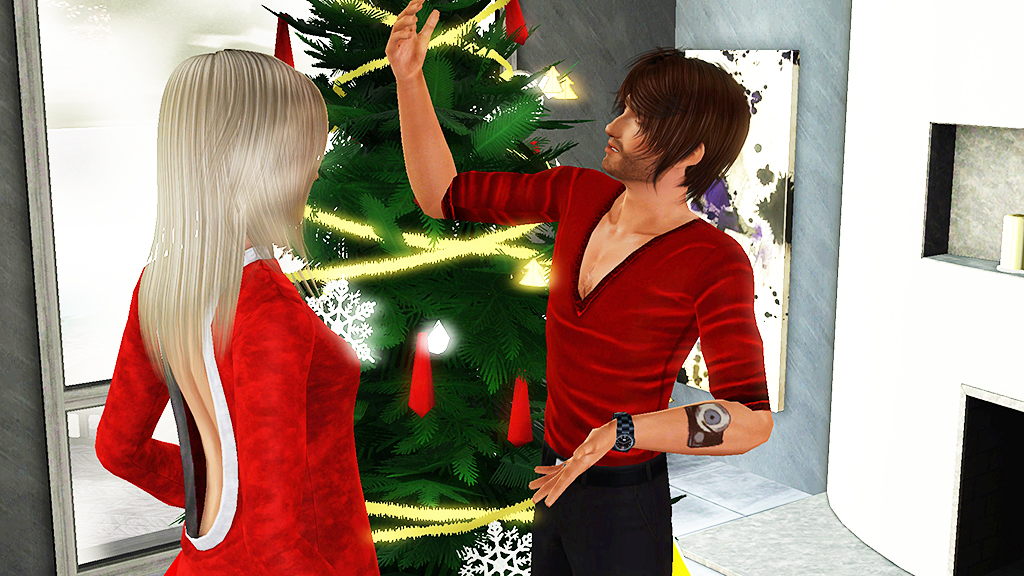 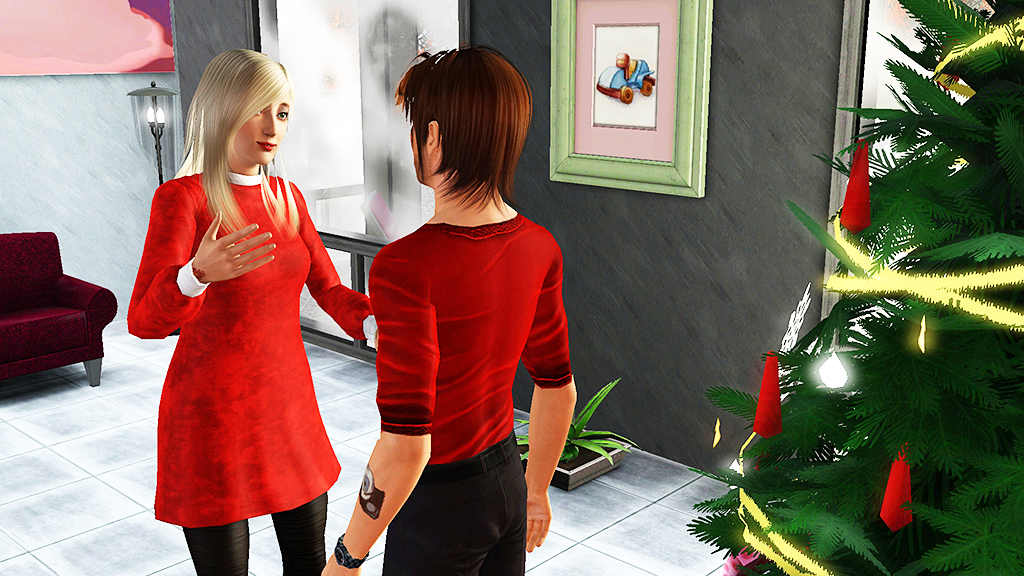 Garrick: “Fine. But just for today.”

“I know it will come back tomorrow. This is the song that never ends.”

I thought Blue was all ready for our pictures, but I found her freaking out in the kitchen. 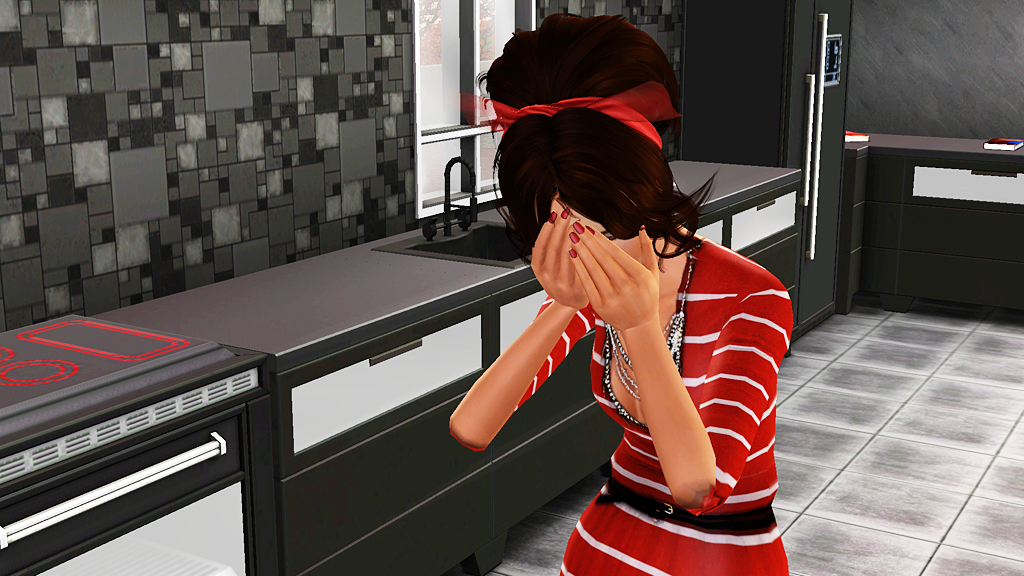 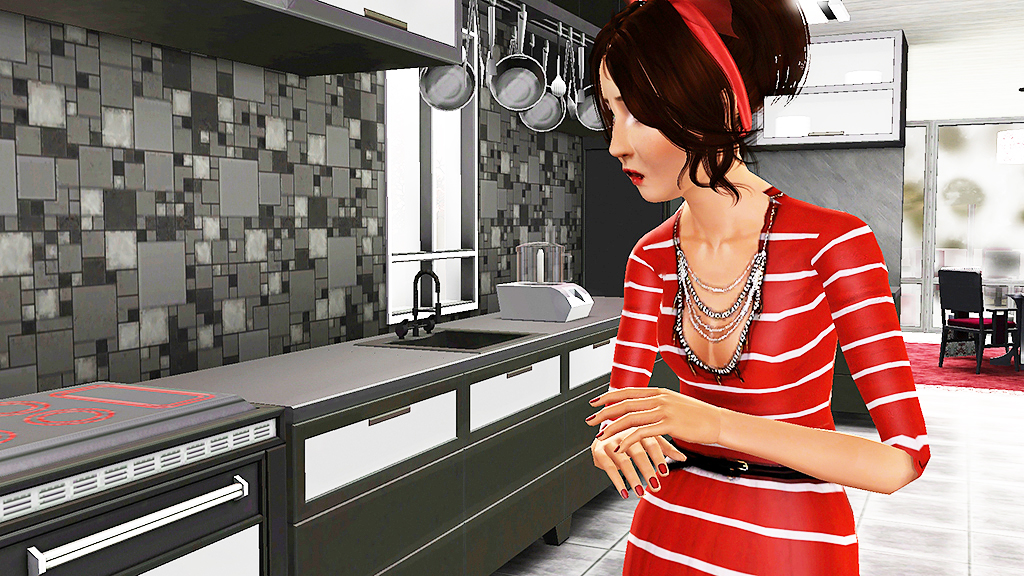 “Ok I got my new dress on for the pic—– omigod, Blue… seriously, what is the matter?” 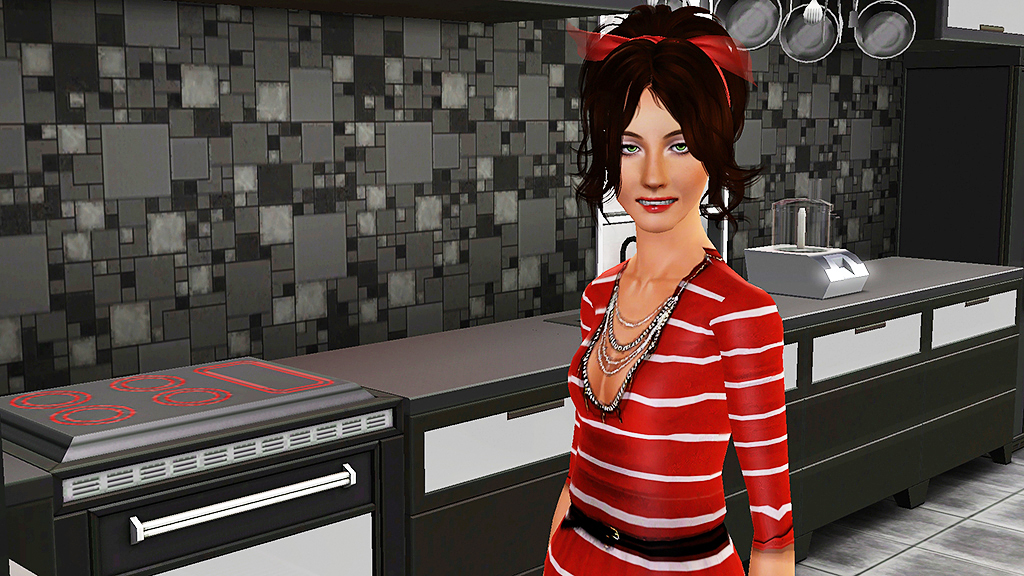 “You were literally having a mental breakdown. Now what is going on?” 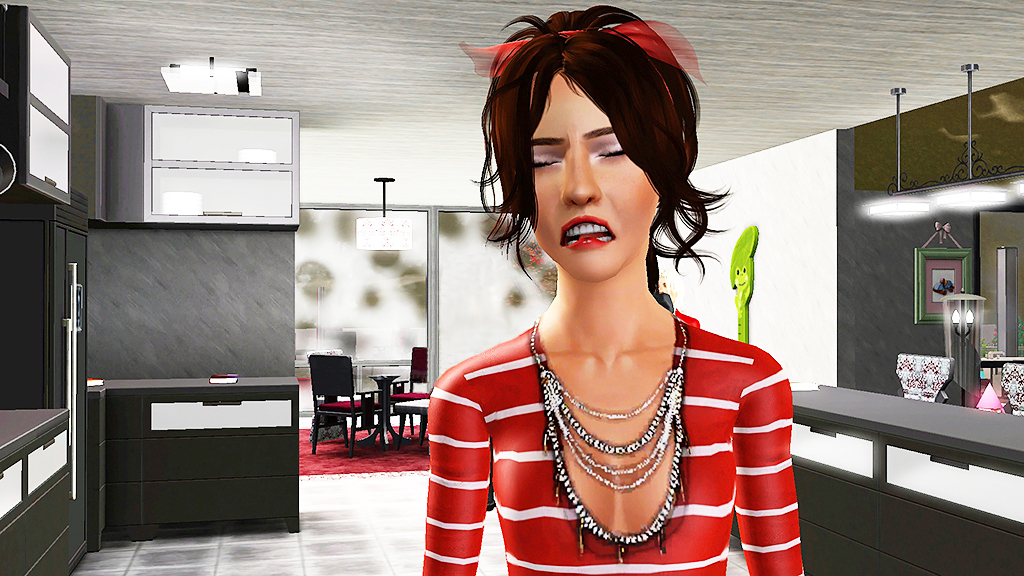 “Blue, snap out of the blues. Come on now, it’s Snowflake Day Eve and we’re going to the club after the photos. You can dance with some men there — that will make you feel better.” 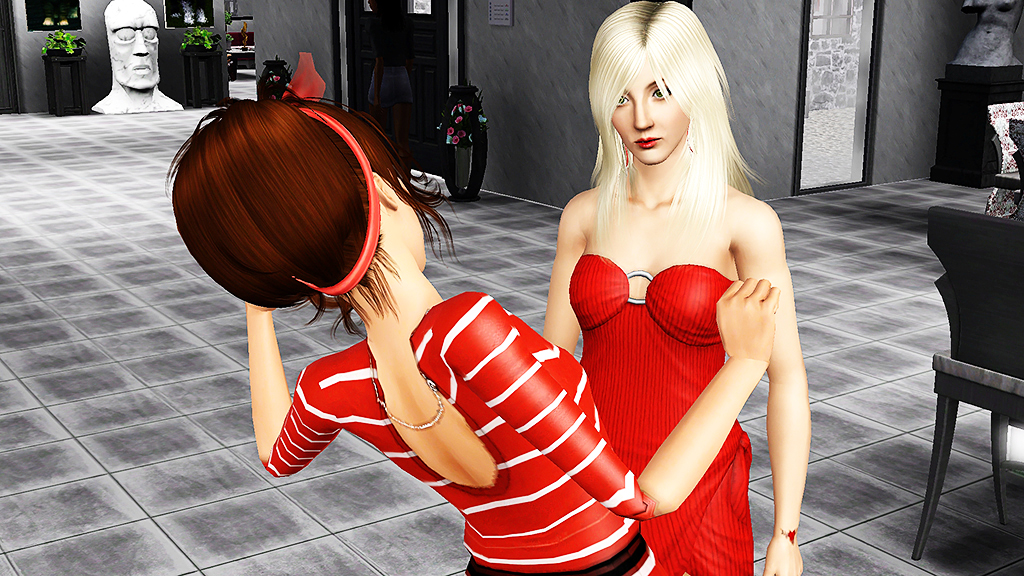 “Nonsense. You will go out dancing, and you will enjoy it.”

Blue: “You can’t turn me into Jemma.” 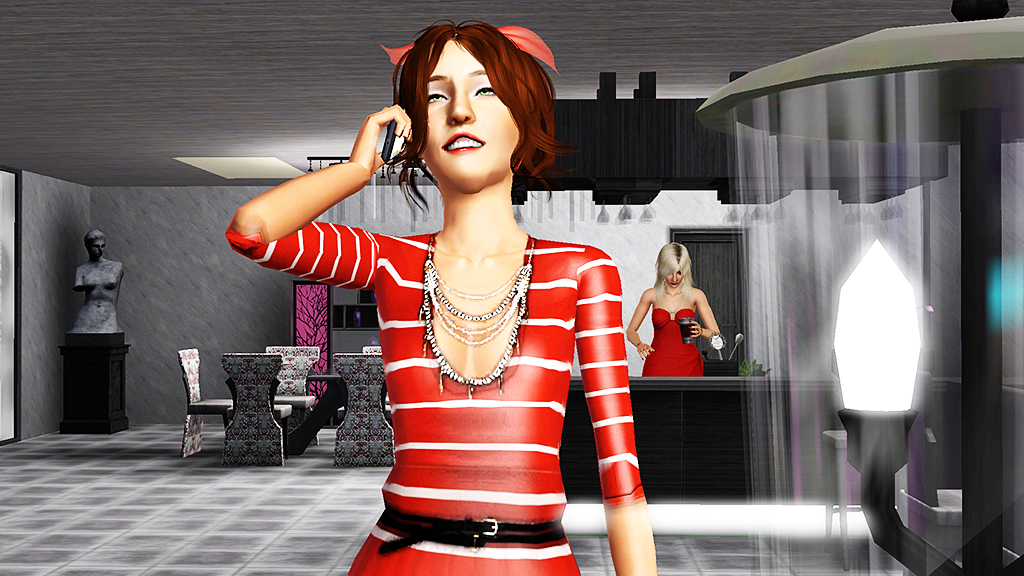 “It was his voicemail! He’s not answering! Where is he?”

Maxwell: “Ugh!! Those taste horrible! What did you put in it?” 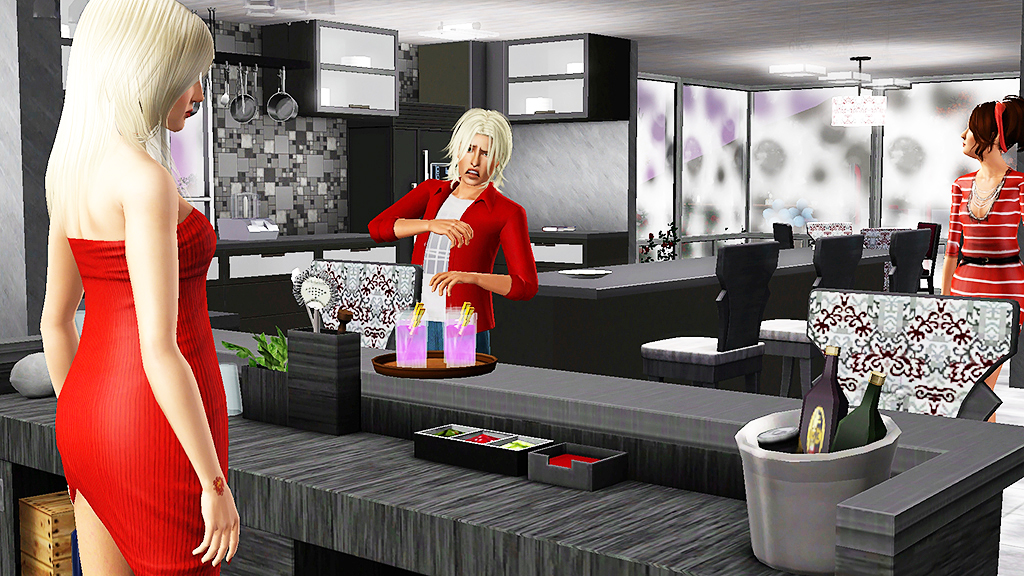 “Agggh! It’s gonna kill me, it tastes so bad! I shouldn’t have tried it.”

Blue: “Seriously, it’s not going to kill you, Max!”

Maxwell’s new girlfriend Leesha was hanging out with him this evening while we would be out. I’m not sure if they’ll be compatible, but we’ll see. And she is quite tall and cowers over him! As if he wasn’t cowardly enough… I think he finds her a little intimidating.

“It’s true, doing the Juice wouldn’t be good for you because it could just give you more panic attacks.”

Blue: “Alright I’m here. Let’s get this over with.” 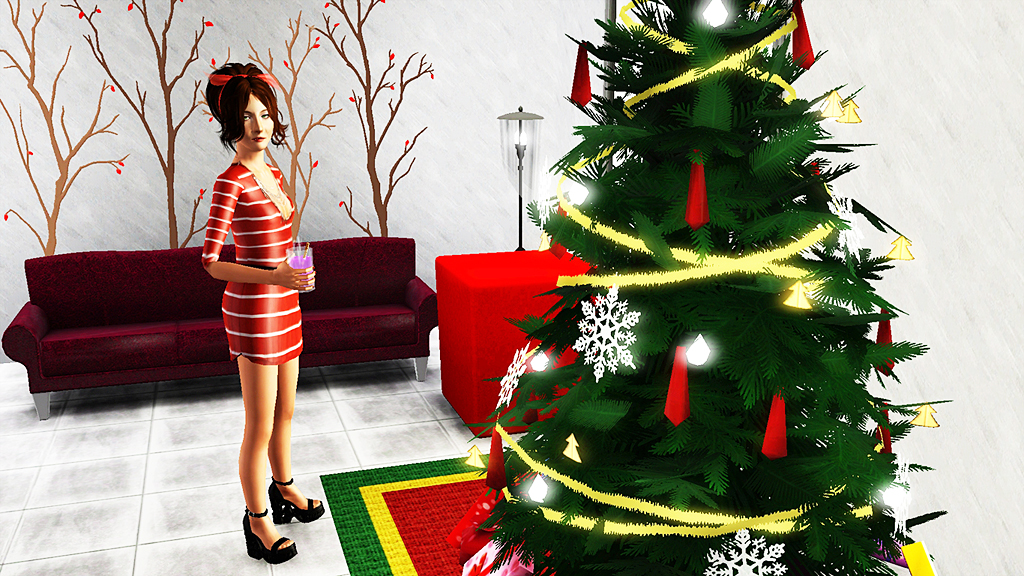 That’s right, Blue. Get in the spirit(s)! 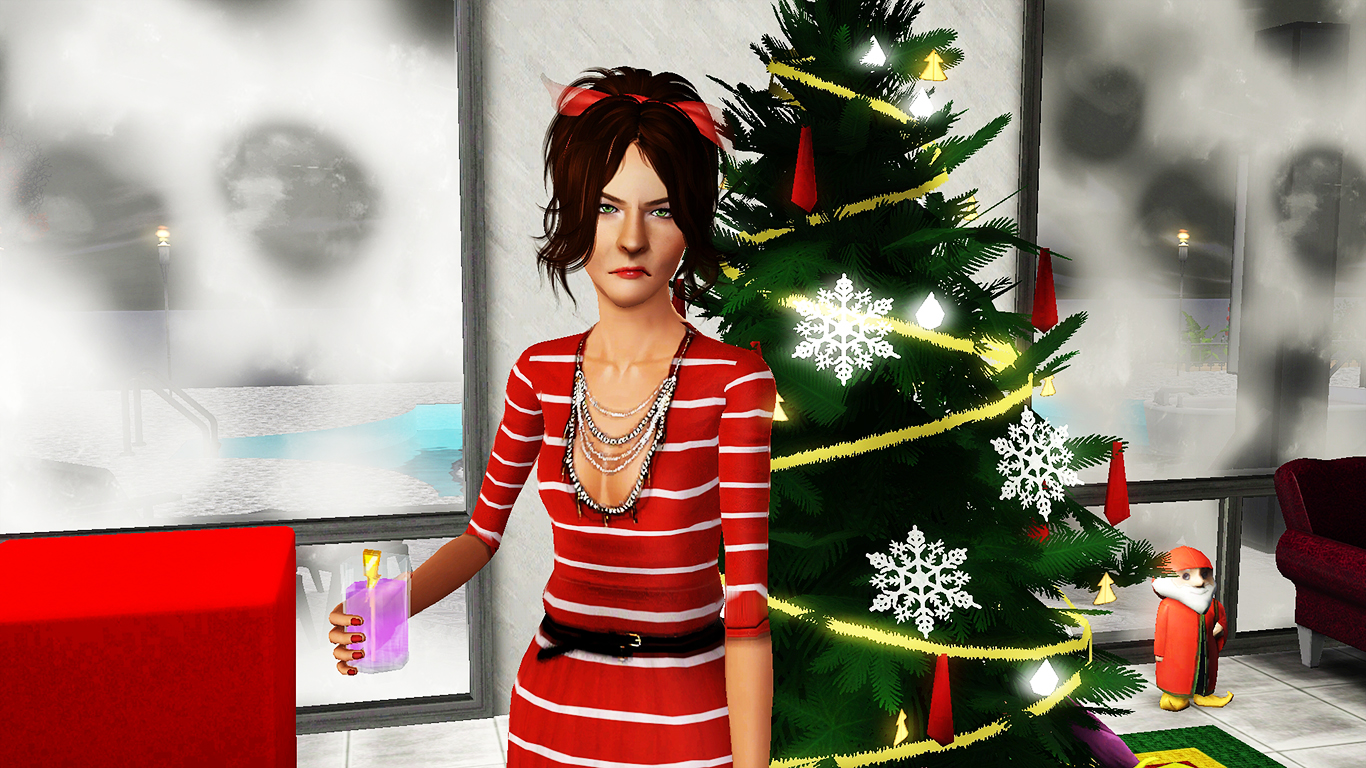